As the development of Virtual Reality technologies advances and becomes more accessible, defense organisations worldwide are beginning to report the efficacy of VR training through improved learning outcomes (208, Whitney et al.). Some key benefits of simulating live scenarios in VR include: Ready Team One has developed customisable, low cost Free-Roam Virtual Reality (FRVR) simulations aimed at entertainment, policing and defense industry applications. RTO has integrated off the shelf hardware with our own software to offer VR experiences unparalleled levels of immersion in Australia, with the ability to track and model the user’s full body – including fingers. Together with bespoke environments and interaction mechanics, stakeholders and customers have reported significantly higher levels of immersion compared to other basic free-roam or tethered experiences. Enhanced training and safer outcomes RTO’s FRVR Training Platform is unique as it is currently the only integrated full body and finger tracking FRVR system developed by an Australian company. In a team based training environment, this provides another level of utility by allowing users to communicate through hand and body gestures in addition to natural interaction with the simulated environment. This also convinces the user of their presence in the simulated environment as they retain full control of their virtual avatars – an essential psychological condition for effective training outcomes. This level of immersion provides added realism when compared to current defence training platforms, such as the Weapon Training Simulation System (WTSS). One of the limitations of current VR training methods are its immersion breaking constraints such as the freedom to physically move around the environment as a result of being tethered to a stationary PC via a cable. To overcome this, many VR experiences allow the user to “teleport” around, however this constantly reminds the user of that they are in a simulated environment, with many studies showing that the simulation is less effective. RTO overcomes this challenge by using backpack PCs to allow tethered movement in a large area. Other free-roam experiences in the Australian market only track the head mounted display and gun controller, resulting in cognitive dissonance for the user as a result of not being able to control body movement and hand gestures. Cost and time savings RTO’s FRVR Training Platform is surprisingly cost effective when compared to the costs incurred with traditional live training simulations which require ongoing travel, maintenance, and lack the flexibility to be easily converted to different environments. As a portable system, training which was only possible to be performed in remote locations, can now be achieved in any location with a large indoor space. Live training simulations such as paintball or airsoft incur significant facility costs as well as ongoing costs required to change the environment to provide a variety of combat scenarios. RTO has the capability to design unlimited numbers of virtual locations and environment variations together with programmable AI Non-player characters within the same physical space. Advantages over traditional training methods include repeatability, replicability and scalability across the entire organisation. RTO use off the shelf hardware wherever possible in order to keep costs down, while leveraging nationwide availability and support networks. Having reputable providers such as HP and HTC ensures maximum system up-time in order to achieve a high rate of utilisation and training outcomes.
DefenceOperationssafetyTraining
0 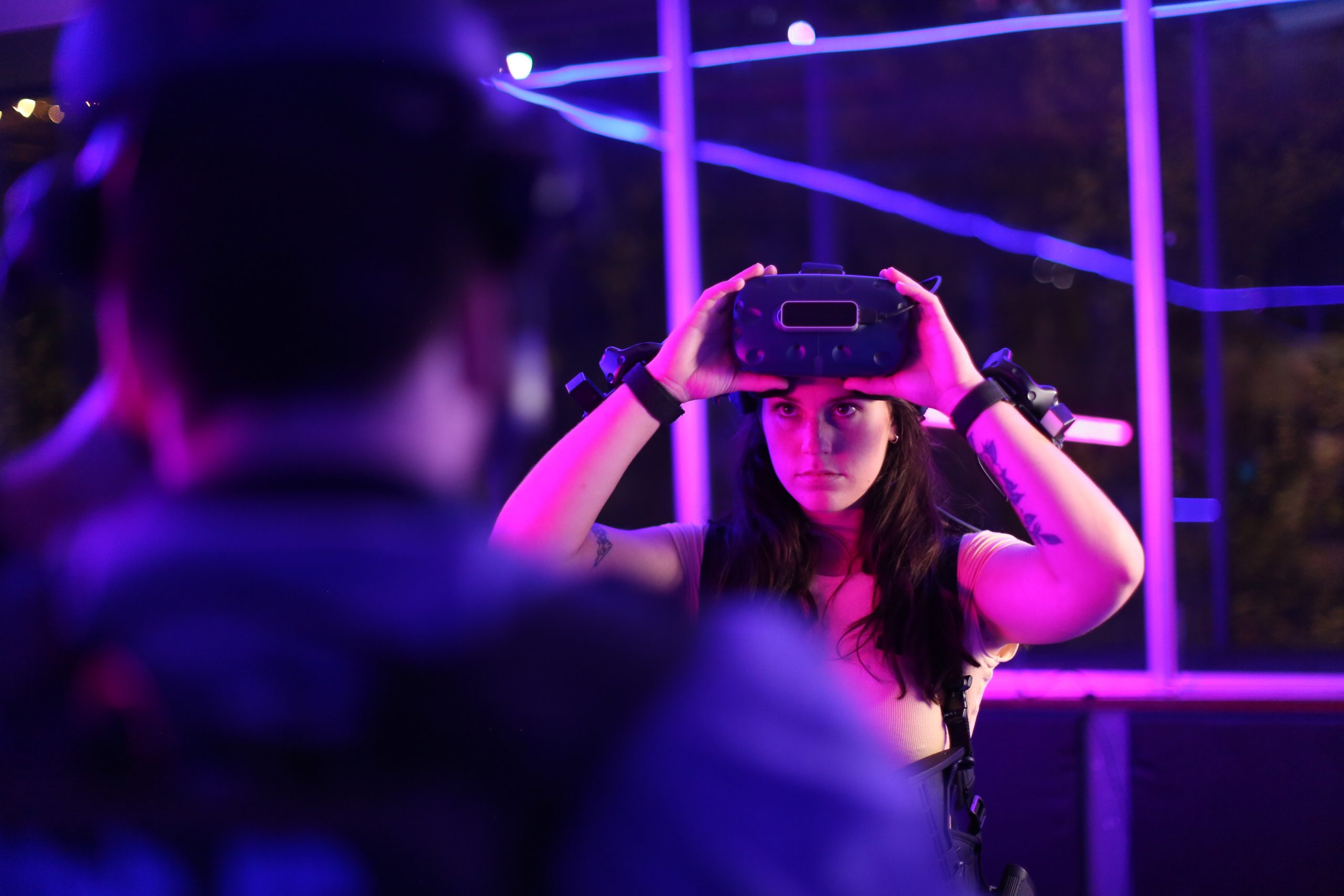